Focus on Retirement Happiness to Make the Annuity Case


Ithink everyone dreams of a retirement where they can live a long and happy life. This has been researched by PhDs around the world, and the answers may surprise you. Research shows that people with a guaranteed lifetime income source tend to be happier and live longer. I still remember The Wall Street Journal headline that read, “The Secret to a Happier Retirement is Friends, Neighbors and a Fixed Annuity". The article went on to say that the happiest people in retirement were those who were surrounded by friends and had sources of guaranteed lifetime income. Let me ask you a question: Who are the happiest people you know in retirement? I’ll bet it’s those who are retired from the military, the government, teachers, and firefighters. It’s people with pensions! Happiness in retirement is based almost 100% on guaranteed lifetime income, not assets.

Now let me ask you: Who are the most miserable people you know? Many of them have plenty of assets, but they are losing money in oil, gas, stocks, and bitcoin. See, assets tend to make people miserable in retirement. Americans tend to underestimate market risk. The Japanese stock market has been down for over 30 years, and the European stock market has been down for over 20 years. How would your retirement be affected if our markets crashed and stayed down for an extended period of time? 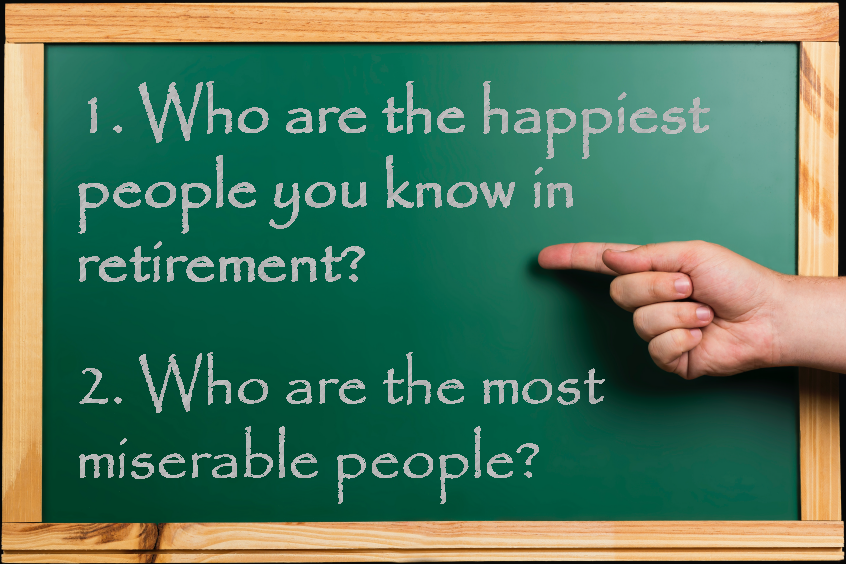 Time Magazine found the same thing in Great Britain. Their headline read, “Lifetime Income Stream Key to Retirement Happiness: A new study in a land of grumps reveals that retirees with a guaranteed lifetime income stream can find true happiness.” They went on to say, “Securing at least a base level of lifetime income should be every retiree’s priority — at least if they want to live happily ever after.”

Towers Watson wrote a whole whitepaper titled “Annuities and Retirement Happiness.” They found that ALL retirees were happier if they had a source of guaranteed lifetime income.

The American College recently wrote “How Annuities Can Increase Happiness in Retirement.” They found that, "stable income is often the difference between living well and living in a state of perpetual worry. And this truth doesn’t change just because someone retires.” They also found, “When clients know how much income they will receive every month for life, they know what kind of housing and activities they can afford, allowing them to choose the lifestyle that makes them happiest.”

Michael Finke and Wade Pfau are two of the smartest PhDs who have studied retirement. They recently wrote a whitepaper entitled “It’s More than Money.” They found that happiness is tied directly to confidence, noting that, “certainty provides confidence. This is one of the reasons that retirees who’ve incorporated income annuities into their retirement planning report higher levels of satisfaction.” They went on to say, “Income annuities are less expensive and safer for risk-averse retirees whose primary goal is income security in retirement.” As a Baby Boomer myself, this resonates with me. I own 11 annuities. I want to be able to enjoy my retirement regardless of interest rates, market conditions or politics.

As far as living longer, believe it or not, there has been significant research around this as well. I was first alerted to this when I was listening to a Freakonomics podcast titled “How to Live Longer.” They referenced a University of Chicago study that found those who purchased a lifetime income annuity tended to live longer. The study noted that their research "shows that people who buy annuities tend to live longer – and not just because they are the kind of people that have the money to buy annuities to start with. It’s apparently that little extra incentive of the annuity payout that keeps people going.” 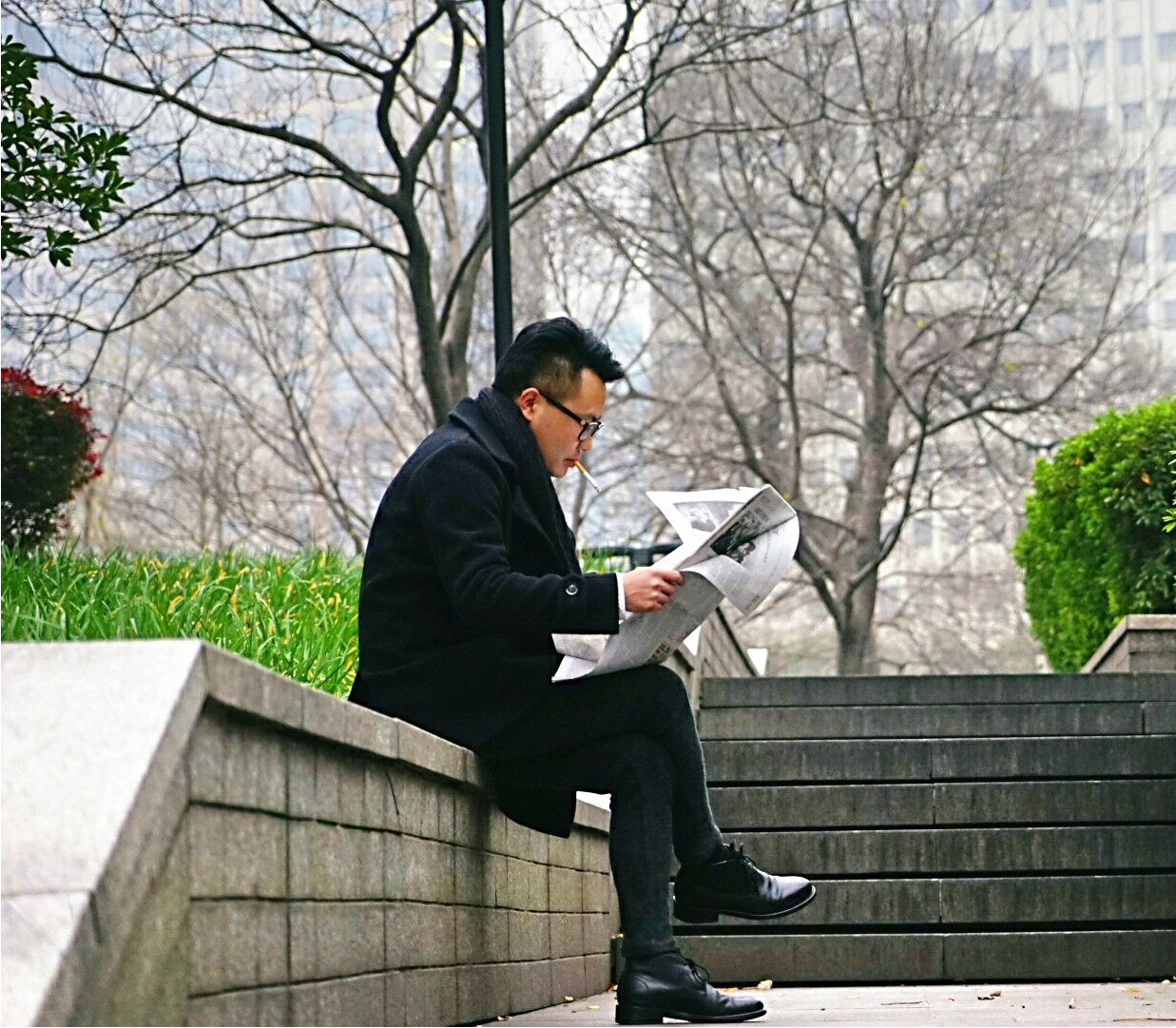 A couple of years ago, there was a great article in the Journal for Financial Service Professionals titled “Annuities and Moral Hazard, Can Longevity Insurance Increase Longevity?” The author, Patrick C. Tricker, JD, MSF, said, “In the United States, a 65-year-old male who purchases a life annuity can expect to live about 20 percent longer than a 65-year-old male who does not.”

The rest of the article went on to explain that people who have guaranteed lifetime income tend to have less stress. They also worry less. Market crashes don’t upset them. And because they are being paid to live, they tend to live differently. They watch what they eat, they exercise a little more, and they see the doctor when they aren’t feeling right. All of these little things tend to cause them to live longer.

But this is nothing new. As many of you know, annuities have been around for thousands of years. The Roman Empire issued “annuas” to ensure people wouldn’t run out of money. In high school or college, you may have read the book Sense and Sensibility by Jane Austen. It’s considered a classic by many. She wrote that book in 1811, and in Chapter 2, she mentions annuities. Austen wrote, “If you observe, people always live forever when there is an annuity to be paid to them. … The annuity is a very serious business; it comes over and over every year, and there is no getting rid of it.”

I don’t sell any financial products. My life will not be affected whether people buy annuities or not, but the research is clear – you should. Not only will you be happier and probably live longer, but your portfolio will likely do better as well. See, the way an income annuity functions inside of portfolio is like a AAA-rated bond with a CCC-rated yield with 0 Standard Deviation. If you would simply replace the bonds in your portfolio with a lifetime income annuity, the risk of your portfolio will immediately be reduced and your returns will immediately increase.

It’s not an opinion, it’s a mathematical, scientific and economic fact. Add all of this up and I hope you can see why I am doing everything I can to help my fellow Baby Boomers retire happy and live a long, successful retirement!

See you on the road,

Get Retirement Planning resources delivered right to your inbox.

Head on over to our contact page to send us a message.